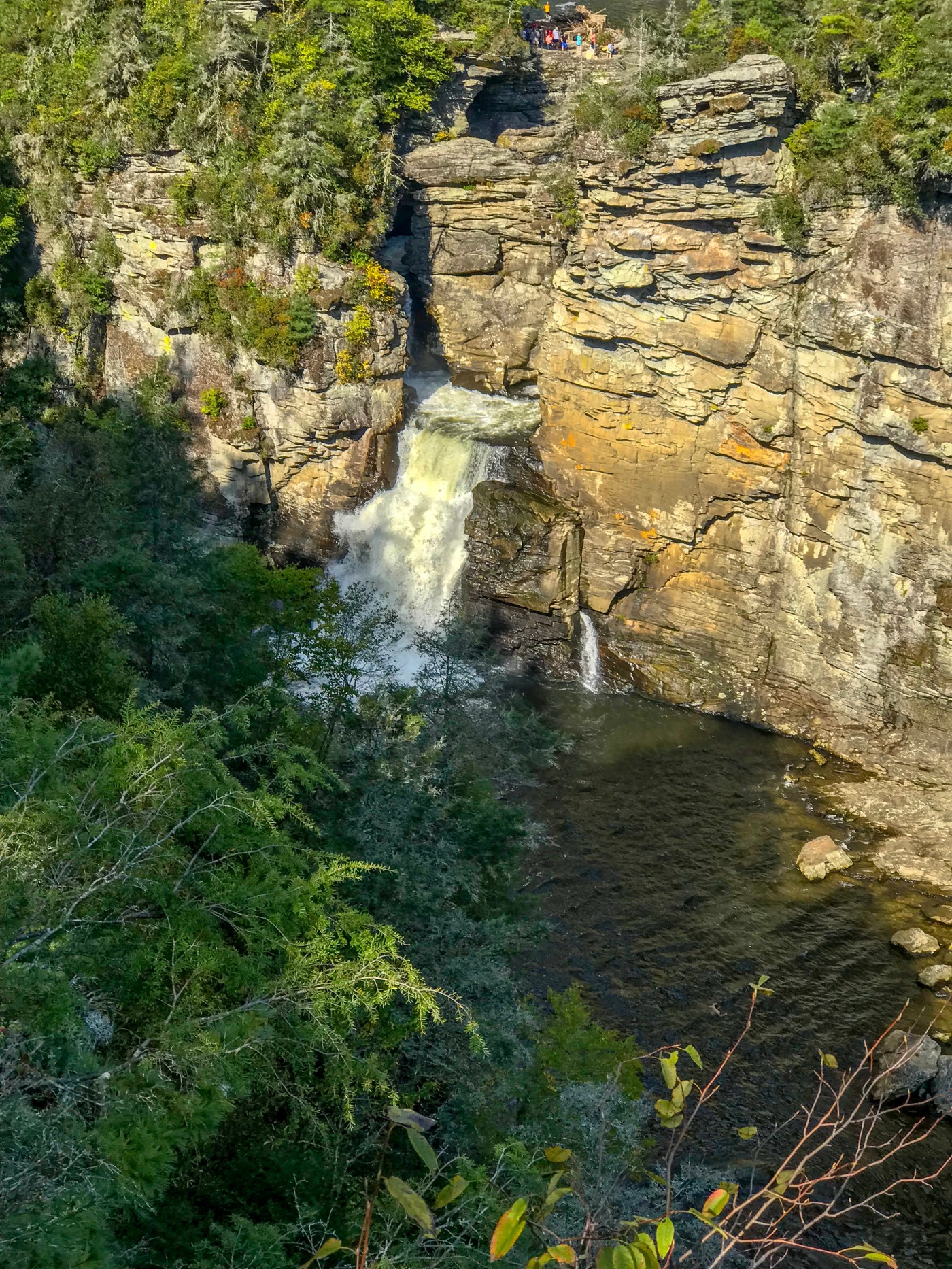 Columbus Day Weekend was on October 5 thru 8th in 2018.  Michele already took the Friday off, and I am retire so it doesn’t matter to me. I was busy cleaning up after Hurricane Florence, which made landfall at 14 September at 07:15 A.M. EDT  just south of Wrightsville Beach, North Carolina as a Category 1 hurricane, with sustained winds of 90 mph and a central pressure of 958 mbar (millibars). What does millibars of pressure mean?  It means pressure applied by this air on the unit area would be 14.7 pounds per square inch. Meteorologists use a metric unit for pressure called a  at sea level is 1013.25 millibars.

There was a lot going on in the area too.  Oriental had it’s Ol’ Front Porch Music Festival, but because Oriental looked like a war zone with all the storm debris, I didn’t feel like walking around that stuff in the humidity and bugs.  It was nice weekend and only 20% chance of rain.  I would prefer to go sailing and anchor out at Cape Lookout, but I know that is not high on Michele list of activities to do.  I checked with my boys and asked if they were up for camping in the mountains.  Raymond was able to take the day off from work, but Daniel wasn’t.  If we go camping, then we would have to wait until Daniel gts off work at 16:30.

I found a campsite at Linville Falls Trailer Lodge & Campground for the weekend.  I was lucky that they had two days available.  When I first called up, they had only one night (Saturday night), which I took. But then on Thursday, they called me back and told that Friday night was available too.  I was hoping to make this a motorcycle weekend, but Daniel couldn’t take Friday off.  Beside my Harley Davidson  broke down on Wednesday heading to a doctor appointment in Kinston.  The Accelerator Pump Diaphragm needed  replacing, because it was  worn or cracked.  The bike wouldn’t be ready until Saturday.  There is something about my HD and the Blue Ridge Parkway, it seem every time I want to going cruising to the western part of the state, it likes to break down.

So we picked up the truck and drove to Raleigh to pick Raymond and Daniel.  It would be Harley (our new pet) first trip to the mountains and camping.  Ziva, our other dog, is pro at hiking and camping.  I think Michele and Ziva prefer camping over sailing.  I was just looking forward to getting away and spending quality time with my family.  It been two years since the last time we went to Linville Falls. 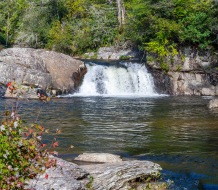 Michele and Ziggy at the bottom of the falls

Michele resting at the top of the falls 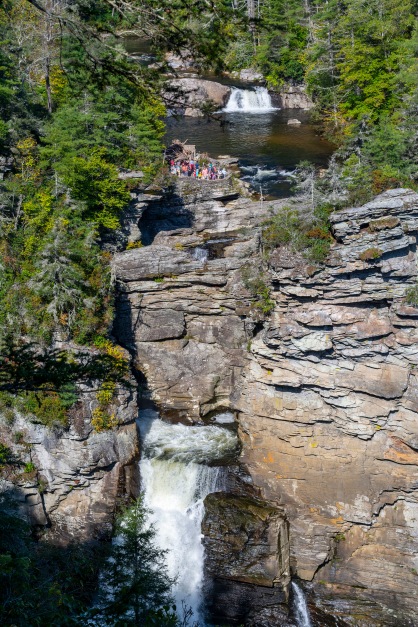 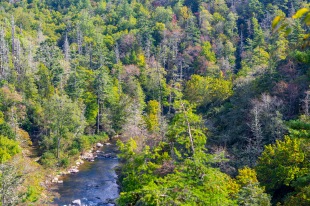 Linville Falls waterfall is located in the Blue Ridge Mountains of North Carolina. The falls move in several distinct steps, beginning in a twin set of upper falls, moving down a small gorge, and culminating in a high-volume 45-foot drop.  The height is 150 feet, there are 4 drops and it is known to have the highest volume of any waterfall on the Northern Edge of the Blue Ridge Mountains.  Cool facts.

The next stop was Crabtree Falls.  We wanted to try some new, we already been to Mount Mitchell. Crabtree Falls is located at Milepost 339.5 on the Blue Ridge Parkway (about 45 miles north of Asheville) and is accessed by a woodland hiking trail.  There are two options to get there, an easier 3-mile hike to and from on the same trail, with a steady descent and return climb.  Or a more strenuous 3.5-mile loop trail that climbs a ridge above the falls.  We did both, we hiked the 3 mile trail to the bottom and then took the loop trail back to the parking area .  The hike was beautiful. The 70-ft. waterfall is definitely worth the trek!  Ziva showed off her hiking and mountain dog ability.  I only wish that some people didn’t hog the falls.  There was group in the falls for 30 minutes, so you couldn’t get a clear shot. Again, all the pictures were taken with my Nikon D7100 camera using the Nikon Nikkon 50mm f/1:18G lens. 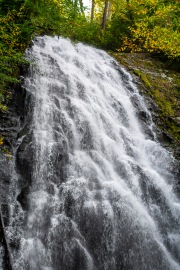 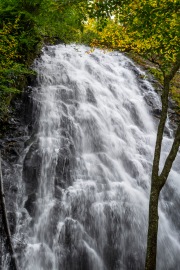 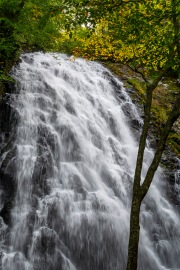 Before calling it a night, I want to try to capture a sunset picture.  We hiked for several miles today, up and down mountain trails.  I wanted to see if I can capture a sunset with Mount Mitchell in the background. Again, all the pictures were taken with my Nikon D7100 camera using the Nikon Nikkon 50mm f/1:18G lens. 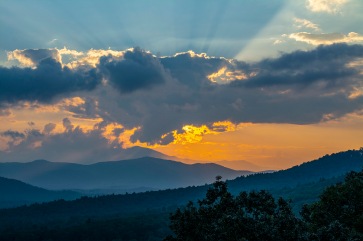 Sunset taken at: 18:44:59 Shutter Speed: 1/120 Aperture: f/7 ISO: 200
Overall it was a fun trip.  It rained Sunday morning and it pour.  The tent kept our dry, but I did wish I put on an additional cover over the tent.  We will have to plan another trip for next year, maybe go camping in Virginia or maybe sailing.  The boys did state that they would not have a problem going sailing some day.